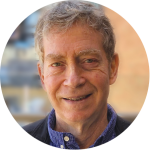 Francis Collins, M.D., Ph.D., Director of the National Institutes of Health (NIH), appointed David M. Murray, Ph.D., as Associate Director for Prevention and Director of the Office of Disease Prevention (ODP) on July 2, 2012. Dr. Murray joined the NIH on September 23, 2012.

Dr. Murray completed his Bachelor of Arts in Psychology from Denison University in 1973. He completed his Ph.D. in Experimental Psychology at the University of Tennessee, Knoxville, in 1978. In 1981, he completed a National Heart, Lung, and Blood Institute (NHLBI)-funded postdoctoral fellowship in cardiovascular health behavior in the Laboratory of Physiological Hygiene, a division of the School of Public Health at the University of Minnesota. He joined the faculty of the Laboratory immediately after his fellowship. The Laboratory was founded by Ancel Keys and was the home of Henry Taylor, Henry Blackburn, and other pioneers in cardiovascular epidemiology.

Dr. Murray began his work in prevention research during his postdoctoral fellowship at Minnesota, working closely with C. Anderson Johnson and Russell V. Luepker on the Robbinsdale Anti-Smoking Project, and later on several followup studies funded by the Eunice Kennedy Shriver National Institute of Child Health and Human Development and by the National Cancer Institute. After he joined the faculty in the Laboratory of Physiological Hygiene in 1981, he expanded into prevention research on alcohol, tobacco, and other drugs in adolescent populations, working closely with Cheryl Perry. Those projects were funded by the National Institute on Drug Abuse.

At about the same time, he became involved in the Minnesota Heart Health Program (MHHP), serving initially as Co-Youth Education Director with Cheryl Perry, then as Associate Health Program Director with Maury Mittelmark, and later as Health Program Director and Co-Principal Investigator with Henry Blackburn, Russell Luepker, David Jacobs, Neil Bracht, and the other MHHP investigators. At the time, the MHHP was the largest NIH grant ever awarded to the University of Minnesota. It was one of three community-based heart disease prevention programs funded by the NHLBI in the 1980s and early 1990s, and helped create the basis for the community-based health promotion and disease prevention programs we see today.

Many other studies developed out of the MHHP, including the Promotion of Healthy Eating Patterns in Youth (Cheryl Perry, PI), Children’s Activity Trial for Cardiovascular Health (Cheryl Perry, PI), and Models for Treating High Blood Cholesterol (Russell Luepker, PI). All were funded by the NHLBI.

Most of these studies were examples of group-randomized trials. In these studies, identifiable social groups are the unit of assignment, while members of those groups are the units of observations. The design and analytic issues inherent in these studies were not well understood in the 1980s and 1990s, though Jerome Cornfield’s classic paper, Randomization by Group: A Formal Analysis, was published in 1978. Dr. Murray became increasingly interested in these issues, collaborating with Peter Hannan and others at Minnesota, and learning from pioneers in this area, including Allan Donner.

Dr. Murray’s first interaction with the ODP occurred in 1992, when the Office sponsored a meeting of methodologists from survey research, educational statistics, biostatistics, and epidemiology for the first NIH conference on the design and analysis of group-randomized trials. Dr. Murray coordinated that meeting, which was convened under the auspices of Dr. William Harlan, the third Associate Director for Prevention and Director of the ODP.

Dr. Murray continued to work on group-randomized trials, and to investigate their design and analytic issues, through the 1990s. In 1998, he published the first textbook on this material.

Dr. Murray left the University of Minnesota in 1998 to become the first Lillian and Morrie Moss Chair of Excellence in Psychology at the University of Memphis. In 2005, he moved to Ohio State University as the Chair of the Division of Epidemiology in the College of Public Health. He continued to work on group-randomized trials, and on the methods for their design and analysis, throughout his time at Memphis and at Ohio State.

Over the past 40 years, Dr. Murray has worked on more than 50 health promotion and disease prevention research projects funded by the NIH and other agencies. He served on more than 40 grant review panels for the NIH and as the first Chair of the Community Level Health Promotion study section. He has published more than 250 articles in the peer-reviewed literature.

Dr. Murray has a passion for prevention research done well and believes that we can best advance the nation’s health by ensuring that prevention programs are based on good science, that they are carefully designed and evaluated, that effective interventions are disseminated, and that ineffective interventions are identified and discarded. This view is entirely consistent with the mission of the ODP, which is to work with the NIH Institutes and Centers and other partners to provide leadership and direction for the development, refinement, implementation, and coordination of a trans-NIH plan to increase the scope, quality, dissemination, and impact of NIH disease prevention and health promotion research.